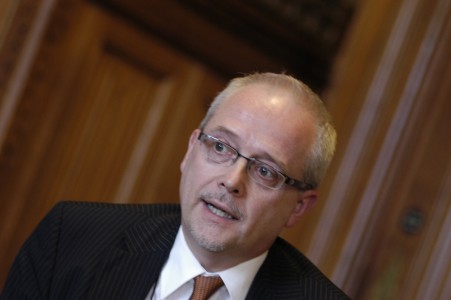 A former secondary school languages teacher, Terry is Professor of Languages and Interdisciplinary Pedagogy and Director of the Centre for Teaching Innovation at the University of Westminster. He has published extensively in the areas of learner autonomy, multilingualism and language teacher development, and is founder editor of the academic journal Innovation in Language Learning and Teaching. He has carried out consultancies and presented keynote papers in many countries and been involved in numerous research projects, including several at the European Centre for Modern Languages in Graz. Terry has worked closely with the UK and other Governments, and has been awarded the honour of Chevalier des Palmes Académiques by the French Prime Minister.

Terry is Secretary General (and Past President) of FIPLV (Fédération Internationale des Professeurs de Langues Vivantes), an NGO of both UNESCO and the Council of Europe.

On the occasion of the launch of the FIPLV East European Region, this talk will explore the metaphor of the bridge in a number of ways that relate to language learning and teaching. It will focus on bridges to facilitate and enhance learners’ learning as well as teachers’ learning and teaching and it will also include the urgent need for the continual building and reinforcing of international and intercultural bridges.